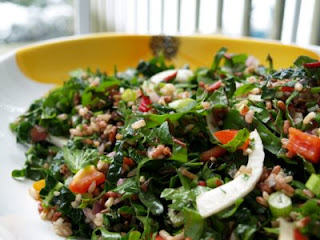 I am still in the midst of reading the book Born to Run and continue to find I am discovering things on my own that a decade of revolution has also discovered: That with healthy running also comes healthy living. Over my almost two years of barefoot-style running I have dropped some 30 pounds and have done so without dieting. Having seen my parents yo-yo 40-50 pounds a year crucifying their bodies with Weight Watchers I vowed that while I wanted to shed some pounds I only wanted to do it in a sustainable fashion. I would rather weigh 205 and stay there the rest of my life than yo-yo. Actually over the last 4 years I've lost about 40 pounds. But it began with a class on Spirituality at a graduate program at The Seattle School of Theology and Psychology. The class was called Christian Spirituality and the lesson that began my long journey of healthier eating was the lesson on Sabbath. Based on some of the ideas of Abraham Heschel in his book titled The Sabbath our class was sent out one day to eat lunch 'Sabbath Style'. Of emphasis was the idea that even eating should be a sacred act and one where we should pay attention to both the fellowship and the food itself. For this particular exercise we were encouraged to eat our lunch burriotos at Qdoba Mexican Grill over the course of an hour. In fact we were told to pace ourselves and take exactly one hour to eat that burrito. What followed was for me a revelation beyond whatever else I may have learned from that class. Not only was eating slowly more sensual and fun but eating slowly made it much harder to tolerate eating shit. It's just not nice to slowly swish around shit in your mouth and enjoy it for a while before swallowing. Plus in eating slowly and paying attention to what I was eating I began to eat less. Instead of packing in an extra 12oz of food my stomach couldn't even fit, I simply stopped when I got full and had no desire to eat further. When I began barefoot running I also tried for a month a raw food diet. While I don't necessarily advocate raw foods as the only way to go I do have to say that I felt much better on raw foods than on my normal diet and a good chunk of that practice has for me remained. I now generally eat raw foods for my first two meals a day and eat whatever for the third. I also have learned that a very good salad is a very good thing to eat primarily because I can still stuff my face in a very un-Sabbath way and still come out the better for it. Eating raw and running raw have essentially dovetailed and reinforced each other. The one encourages and promotes the other. Running lightly and barefoot nevertheless require that I pay much more attention to my body and to the ground and eating raw has taken me away from the meth-like, sugar-high swings that double-fisting cheese burgers used to take me on.