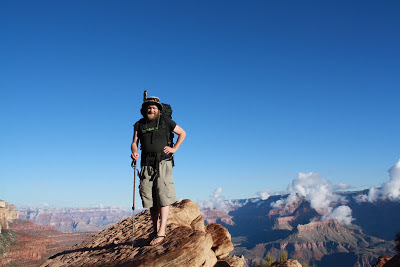 After my failed attempt to complete the Leadville Trail 100, I've gone back at the drawing board. I had an amazing time at the race and I learned a lot. Primarily I learned that besides the ass-kicking difficulty of breathing at +10,000 feet I was just too slow to complete a 100 miler. Contrary to what you may be thinking I'm not just talking about my splits. In the months following Leadville I've determined that my splits weren't my primary problem. My primary problem was efficiency. It's not just that I need to run faster, I need to run faster while also learning to run with less effort. I need to learn how to run further and faster all the while using less and less oxygen. I need to get my average heart rate down. I need to learn how to make running fast easy.

To this point my running training programs have largely consisted of...well I hate running programs so I haven't actually done one. I tend to dislike structure in general and all the more so as the requirements of form and conforming increase. I want to run how I want to run when I want to run god-dammit. I haven't wanted to be stuck in the boring confides of a structured program. I simply don't like my Google calendar dictating my running schedule to me (or any schedule for that matter) and until recently I haven't liked any book trying to tell me how to run. But following Leadville, I have come to the conclusion that some things are going to need to change. To be more precise, change is needed if I am to have more fun doing the thing I love: running.

But I still detest structure. I'm no Scott Jurek. That kind of discipline is just no fun. Nevertheless, not too long after I ran my 46 miles at Leadville I began reading Scott's new book Eat and Run. While Scott may be a crazed lunatic for refusing to lose any crazy race no matter what, his ideas on how to run are not crazy. Rather I find that his ideas on how to run are fun. My first step down the road of easier running revolved around a singular proposition: My cadence needed to get faster. In his book, Scott claimed that increasing how many times per minute his feet were striking the ground to about 180 (or 90 strikes per foot per minute) was key realizing the efficiency needed to win his races. For my uses I gave it a try...maybe not for the goal of winning my 5th consecutive Western States 100...but just to see what maybe three miles around Green Lake would feel like. In simply just thinking about faster shorter strides I found immediately that I seemed to be running faster and with far less effort. 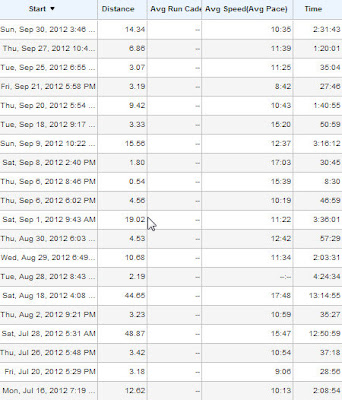 This discovery justified an immediate REI expenditure. I got myself a foot pod to go with my 256 dollar Garmin watch. I started tracking cadence and I programmed that damn watch to scream at me every time I fell below 90/180 spm. The first results were encouraging. Whether my runs were 3 miles or 10, my average pace per mile went from an average of 10-12 minute miles down to about 8-9 minute miles. Depending on the run I'm finding a 15 to 25% increase in speed with absolutely no corresponding increase in effort. Recovery times after my most recent runs of 13, 15, and this week 17 miles (all at 90 spm) have been almost nill. My splits are still getting faster. Before increasing my running cadence I'd been getting some arthritic pain on/in the lower insides of my right shin. That pain is gone. I'd also been experiencing over the past six months some amount of plantar fasciitis. That pain is gone. Concurrent with Scott's diet and running book I've also picked up Chi Running by Danny Dreyer. While keeping my cadence up I've been tweaking my form: For me this has involved doing a lot of core work (primary using the "plank") and then realigning my head, neck, pelvis, and footfall. When I achieve the Chi in my running form I notice that my breathing is less labored, that I'm running with less effort and no pain, that I'm running faster and faster and that through it all my running is getting easier and freer. When I run with this improved form I feel like I'm flying. The key point is that the more I perfect this form, the more fun I'm having. And I like fun. 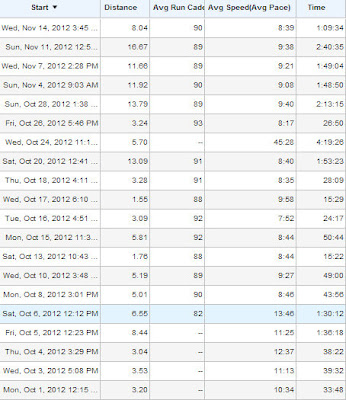 For the barefoot enthusiast I cannot recommend the book Chi Running enough. Though I may never entirely embrace form and structure as my modus operandi the fun that Chi running has brought to my life is as good a argument as any to 'lean in to' form and structure. Fun and ease turn out to be exceptional motivators. Running has become nearly as fun as ice-cream. Nearly.

For those interested in learning Chi running locally please check out Laura Houston's page and coaching services at: http://feeltherun.com/ And of course, never leave for a chi run without a pair of these on: 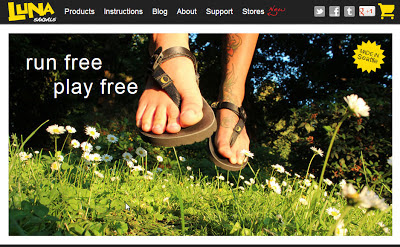