Right at the start it was sunny. As a portent of things to come James Varner of Rainshadow Racing had schooled us on carrying a lot of water and that there would be no shade for nearly the entire course. Then on a count of ten he sent us packing with the promise of IPA and wood-fire pizza for our reward. And sure enough there was no more than 5-10 minutes of shade right there in the bottom of Umtanum Canyon near the start of the race. I was hot by minute 15. I lost my first liter in sweat by minute 20.

Two miles in we were greeted with this:

The very first views off the ridge-line were that of the Yakima Canyon and the seemingly not-so-distant Stewart Range. Ten minutes down the ridge we were greeted with sweeping views of Mt. Adams, Mt. Rainier, nearby Selah, Yakima, Manastash Ridge and I-82, and our very own Umtanum Ridge and Canyon stretching into the heart of the nearby Cascades. Yeah, it was a good day to run. And yeah, that 2000 foot climb in the first couple miles was totally worth it! The next several miles over ridge-line went by fast and the views kept me refreshed. It was the descent into Roza on a steep south facing slope that reminded me just how tough this course would be. I'd done the 25k last year and had been schooled by that. So I knew I was in for an education. Thinking of this Fall's Bigfoot 120 I resolved that I wanted to not only survive and finish this race but I also didn't want to have to utilize any emergency services in doing so. I didn't want to be dead meat at the end of this race.

So I took my time at Roza: I made sure to fill my water reservoir to the very tip top, I ate foods my stomach told me to eat, I chugged my coconut water for some electrolytes, cooled off just a bit and ran back off into the brutal desert sun.

Climb #2 after a bit of hot sandy flatlands was similarly beautiful. Found a sage brush I hope was big enough to hide me and my second poo of the day...then followed a dude in a hot pink one-piece short skirt and got all the inspiration I needed top out the ridge. Dude had a lot of leg and a lot of hair on said leg. Well done sir. Or madam... or whatever pronoun you are rockn these days.

So like I said at this point it was well and truly hot. My watch for however accurate it was had us in the 80s. I'd say in areas with no wind on the flat and southerly aspects it may have been in the 90s close to the ground and 80s at head level. Then at the top of this second climb breaking back above 3000 feet or so there was a breeze and it was tolerably cooler. It was here at the top of the second climb that I was aware of a couple mistakes I'd already made. The first was I hadn't taken the time to wash my favorite running socks. Caked with old cascade mud my feet were hot and the socks weren't wicking. Rather they were rubbing and I'd be better off without them. So I took them off. While this worked infinitely better the damage had been done; I'd already started on a few blisters. This is not the norm for me. Usually my minimalist Luna Sandals gift me with barely a blister in most races long and short. The ground heat and shit socks did paint a different story this time. The powder dust soon dried me out and not much more damage was done. It would be at Roza on the way back I'd learn about the awesome uses of duct-tape.

My second mistake was, of course, water. I had been drinking as planned up to a point. But after Roza I wasn't really in the mood to eat or drink much of anything and didn't make a point of forcing myself to. As much as I'm usually a believer in drink to thirst this was not one of those situations where said rule applies. Coming off of a bonk at Volcanic 50 my friend Chris pointed out that I'd been neglecting the water and food. So I upped these, it was unpleasant for a bit, but then my nausea faded, my brain flicked back on, and I was having fun again.

Turn around aid station at mile 16 looked a bit like a small desert refuge camp. It was dusty, dirty, sunny like the Sahara. There were casualties. There were people getting aid, water, a little food. There was a teensy bit of shade under little bitty temporary shelters. There was a weird histrionic lady whining like a baby and asking for stupid advice and saying shit that made no sense. Yep, pretty much standard aid-station shenanigans.

Right out of Aid #2 my heart was racing as it usually does in heat. So I paid attention to it. Even if it meant a lot of walking I knew I couldn't let my pulse get out of control. It was also a sign that I was still low on water. Hadn't been drinking enough. So I forced it a bit and felt better with food, water, and elevation as I regained the ridge.

Everything was slow in the heat. I got a little quicker as I regained my sense of thirst and hunger and as I drank water more (which was good) I ran out faster (which was bad). So another lesson: It's time to buy a new hydration pack that can hold more water and supplies. 1.6-2.0 liters was not enough for me at this stage even though it was less than 10 miles between aid stations. In the second half I ran out on both ridge sections. Again my buddy Chris saved my bacon offering some of his extra water.

The second climb out of Roza was the hottest and the hardest. The first 200 vertical was a brutal, slippery, dusty, steep as hell climb. My stomach full of needed water and food was getting all my blood flow and my heart wasn't resourcing my legs or brain all that much. My pulse spiked. So I went slow. The blessing to this cursed climb is that the course quickly gained 1500 feet or so of elevation and as the sun had passed its zenith it was markedly cooler. I blister hobbled that last few miles but it was blissfully fun. Nearly euphoric. The views astounded and the cooler air was amazingly refreshing. My brain was firing happy juices all over. The volcanoes were sporting a new hazy look on their tops which Cliff Mass would later inform me was due to a shit ton of smoke from Siberia and China wafting over our pristine Pacific Northwest. But no matter, it looked good and didn't smell bad and two miles below me there was beer and pizza. So I slid/hobbled down to my friend the Umtanum and the rest is history.

Great race James and team! Thank you James and thanks to all the wonderful volunteers at the aid-stations and finish. I am grateful for your contributions.

Special thanks to Luna for a pair of Luna Gordo's, currently the best "shoe" on the market. 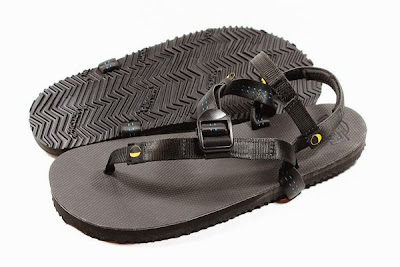