November 07, 2011
This whole experiment in barefoot running has for me been a revelation. Before two years ago I'd never heard of the concept save for a few vague references to those crazy Kenyans winning marathons. Nor had I heard of ultras or super-athletes or anything like it before this "new fad" started to hit locally. My first knowledge of barefoot running came with the advent of vibram five fingers in my local REI store and then with my own first experimentation with running barefoot with the Vibrams. For me it was a novel experience, although as I'm learning and increasingly believing there is nothing novel about it.

I am a child of this so-called post-modern age but I grew up with modern beliefs and technology and learned and tried to live using both. And as enlightened as I'd like to believe I am now most of what I was taught and learned however tainted still affects much of my life. I am who I am, and most of who I am grew up Modernist. But what is the nature of these beliefs and ideals I have held for so long? You see, I've never felt so good, so alive, and so human before in my short life, and little of it was due to my modern Protestant upbringing. In actual fact much of the disease I've experienced in life has been a direct result of the top-down nature of the learning I was given as a child and young adult. My newly found health has come about largly as a result of forgetting much of what I was taught. It has come from re-learning about life, from the bottom up. As a child my Christian preacher man taught me women were made to serve man, that sex was basically a dirty thing and should only be used to make babies, and that only Protestant Presidents were enlightened enough to be world's most powerful leaders. That and green vegetables were bad for you. It's taken me years and thousands of dollars in mental and physical therapy to realize how wrong many of these belief systems had led me. 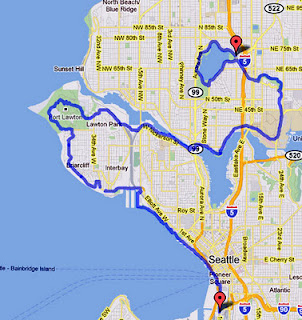 And now I've discovered barefoot running. I ran 23 miles yesterday in sandals. It felt good and I was having fun. My body didn't hurt and as I ran further I felt better, even lighter on my feet than when I started. I met two old guys on my run. One was interested in barefoot running and another was in Luna sandals like myself. The second guy running in Lunas name was Ed Meyer. He told me he was going to retire in a matter of months and go run with the Tarahumara Indians in Mexico. Here I presume was an accomplished man who has already lived a very full life going back to learn from our very own living ancestors (no offense if one of you are reading this blog). Probably only a matter of months ago I imagine this man also ditched his modern shoes in favor of a more ancient way of running. And if he's like me, he's been smiling more ever since. 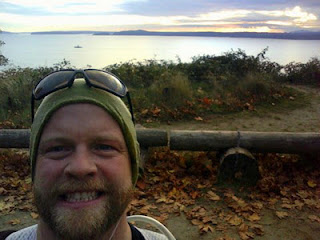 My 'discovery' of barefoot running was hardly a discovery. But in my myopic experience of life it was nothing short of extraordinary. As I've come to learn however barefoot running has been around forever. It's just that in the last thirty years most of us forgot about and stopped doing it. But even during this modern shoe era there have been enclaves keeping the art alive (see the folks at Soft Star Shoes). What's increasingly amazing to me however is how easily our culture forgot what it had known for thousands and even millions of years! And it forgot to such a degree I managed to live on this planet for 30 years before I came across what has almost always universally been the basic mode and style of human locomotion. The most recent research and science re-analyzing this re-discovery so far seems to be showing that barefoot running isn't at all a fad, it's the last 40 years of running in padded and reinforced tennis shoes that have been the real fad!

My 23 mile run yesterday brought fun into my life. It brought humanity in to my life. I met people, I ran through forests, I watched an amazing sun-set, and I came alive. I believe this coming alive isn't just from re-discovering this more enlightened and ancient art of running as it's from all the by-products of this running. When I barefoot-run I pay more attention to my body and its interaction with the environment. And I'm learning more about myself and even my spirituality as I do it. I feel my relationships are enhanced by this style of running. I feel better from the exercise; it helps me combat seasonal affective disorder. I get really tired from the exercise; the beer at the end of the run is that much more satisfying. I meet friends in the out-doors and I'm smiling more; my smile and stories enhanced the dinner experience with my girl-friend last night. I am happier and I bring that experience and hope derived from this happiness to the people I try to help in my jobs as social worker and therapist.

From a philosophical perspective I believe the lesson is thus. While it would be perhaps foolish to wholesale throw out all the knowledge I've been taught and the technology I've grown up with, I do think that what I've been taught and what I use to make my life better needs to withstand the scrutiny of actual experience. And it needs to withstand the scrutiny of evidence-based science. More simply put: if it hurts then something might be wrong. And this wrong should be thrououghly investigated. I might do well to pay attention to that pain and find out why it hurts. And if it feels good, then I would do well to investigate which parts of this good are good for me to keep. Where I think science, religion and culture go wrong is when they decide to deny or ignore wholesale our collective biological, spiritual, instinctive wisdom. The Tarahumara people didn't forget this and neither should we.